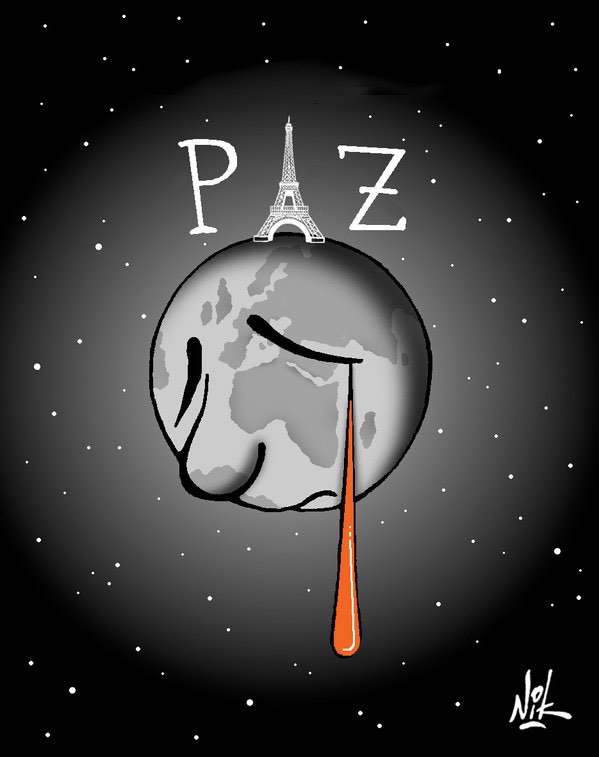 I take up the issue of Syrian Refugees because it’s such an excellent example of the winner approach to problem solving. Just to review, last week a major terrorist attack took place in Paris. ISIS claimed responsibility for that attack. One apparently false Syrian passport was found, but so far, all the terrorists confirmed to have taken part were Europeans. Nevertheless, the response by France and the US was to intensify the bombing of Raqqa, Syria.

True, Raqqa is supposed to be “an ISIS stronghold”, but it’s also a city, a place that over 200,000 innocent civilians call home. This bombing, of course, will cause even more Syrians to leave their country, but the domestic response by many governments in Europe and 27 governors in the US is to close their doors to Syrian refugees. As I write, the US House of Representatives has just passed a law making it more difficult for refugees from Syria and other countries in the Middle East to get into the US.

The American governors and legislators attempting to shut out Syrian refugees may actually believe they’re making their state or the US safer. But the rest of the world sees the US responding with surprisingly blatant self-centered cowardice. To make absolutely sure that no terrorist can possibly get into the US, Americans are shutting the door on innocent people who are suffering and desperately fleeing violence for which the US is largely responsible. Rather than accept a nearly nonexistent chance of harm coming to Americans, American leaders are closing their eyes and hearts to millions of human beings who are actually suffering terrible harm right now.

This selfish cruelty is the hallmark of a winner. Where a decent human being would risk his or her own safety in an effort to help someone else, winners protect good ole number one. Winners instinctively use their power to protect themselves, regardless of the effects on those less able to protect themselves. Winners build castles, forts, walls, and gated communities to separate themselves from enemies and, especially, from the angry, suffering masses in their own territory. Winners accumulate as much money as possible, then buy palatial houses here and there around the globe, fancy cars for all their garages, private jets to take them from one house to the next, gold-plates to eat from, gold-plated toilets to swallow what they excrete, and private armies to protect it all. They delight in extravagance and take every opportunity to display their superiority, never giving a thought to the people on whose shoulders they so comfortably stand.

Winners deeply believe they have earned their fabulous happiness by hard work and just being better than those less fortunate. They are unable or unwilling to see how their good fortune depends on the misfortune of others, including future generations and the Earth itself. Or if they see, they can’t afford to care.

People in Africa, South America, Asia or Detroit are not poor because of some natural disaster, ethnic conflict or refusal to work. They are poor because the system we live under makes some people poor in order to make other people rich. The political-economic-social system we all live under makes a few people happy and the vast majority of people unhappy, and this is no accident or temporary malfunction. Our system does this inevitably, inherently, and unavoidably.

Since we have all been carefully trained not to see this, let’s take a look at sports. There are billions of people in the world, and about 200 countries. Every couple years we have some great global sports tournament like the Olympics or the Winter OIympics or the World Cup or whatever. And every time, we know that a tiny handful of people in the US, Russia, China, Germany, Brazil, or a few other countries will win, while the vast majority of people in the vast majority of countries will not get anything. We know this because that is the way the system operates. That is the way the system is supposed to operate. It is inevitable, inherent, and unavoidable. It’s impossible for lots of countries to win the World Cup. The World Cup can only be won by one country.

I’m not criticizing sports. I love sports. I love competition within a system that has universally accepted rules, impartial referees, and does not kill the losers. However, to accept and enjoy competition in sports does not mean we have to allow the world to be governed by this kind of competitive system. Life on Earth does not have to be competitive. It used to, of course, when we were animals. We didn’t know any better. Besides, we didn’t have nuclear weapons, and we weren’t a hair’s breadth away from making Earth uninhabitable, so we could enjoy the game. Who’s number one? The Spanish or the Incas? The British or the Indians? The Americans, British, French, and Australians or the Germans, Italians and Japanese?