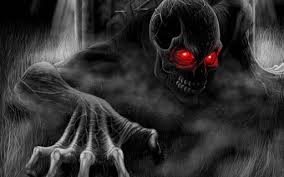 US Senator Johnny Isakson (Republican, Georgia) is a winner. In a September interview reported in Creative Loafing, he said, "There's only one thing, and one thing only, that ISIS understands, and that's force. We've got to kill 'em and exterminate 'em, so they're gone and destroyed.” During a radio interview on November 11, in defending his belief that the US should send soldiers into Syria, he said, “Bombing won’t do it and negotiation won’t do it. You can’t negotiate with a group that beheads people and burns them in cages. These people are pure evil.” (approximate quote – just heard him on the radio, not even sure what station I was listening to.)

But Isakson is not the only one who thinks like this. Googling “isis pure evil” got me 521,000 results. “Pure evil” is the cornerstone of winner philosophy and the basic justification for most violence. Winners begin with the assumption that they are good. Therefore, ipso facto, anyone who opposes them is evil. If the opponent makes the winner really angry, the opponent becomes pure evil.

Labeling a group or individual pure evil is essential to winning because it opens the door to a whole new array of tactics and weapons. After all, if you’re fighting pure evil, winners believe, you can use any means necessary. Winners feel free to lie, cheat, steal, and kill when they’re fighting pure evil. They’re convinced that the only way to fight pure evil is to use methods that would be considered evil if you used them against good people, but which become good if used against evil people.

The idea that some people are pure evil is the most dangerous and destructive concept or structure in the human mind. Actually, to call it an “idea” is inaccurate. Neither the premise that one’s self is good nor the assertion that one’s opponent is pure evil can be defended rationally. Calling someone pure evil derives not from thought but from feeling, from irrational emotion. These emotions—fear, anger, rage, and hatred—have killed billions of people, and the slaughter continues.

The first part of the problem, our tendency to assume we are good, can be alleviated by an honest look at our own lives, our ancestors, and our history. Senator Isakson, who declared that ISIS is pure evil, no doubt believes that his country, the US of A, is pure good. It has made mistakes here and there, but it’s the world’s greatest champion of freedom, democracy, and universal wellbeing. To believe this, he overlooks a genocide of native Americans, an ongoing legacy of slavery and cruelty to non-whites, the fact that Hitler was created and supported to the end by American business and political elites, the fact that the US placed all humanity under the nuclear sword of Damocles, the brutal economic colonization of South America, the Vietnam War, the Afghanistan War, the Iraq War and the fact that, ever since the revolutionary war, hardly a year has gone by when the US did not send its soldiers out to kill someone somewhere to expand its empire and enrich its oligarchy at the expense of ordinary people.

In the specific case of ISIS, Isakson overlooks hundreds of years of Western domination and control of the Middle East capped by the last fourteen years during which the US, from ISIS’ point of view, has created one chaotic, violent failed state after the next in Afghanistan, Iraq, Libya, Syria and Yemen. He also overlooks the thousands of bombings and drone attacks that have killed, injured, and displaced vastly more human beings, including women, children and the elderly, than ISIS has. The US even supports the House of Saud (Saudi Arabia), which routinely beheads far more people than ISIS. My point here is not that the US is pure evil. It is not. But the US has no special claim to morality or goodness. Like everyone else, Americans are a jumbled mix of good and evil, a truth that winners are psychologically or institutionally incapable of comprehending.

The second part of the problem, branding opponents as pure evil, can be alleviated by understanding why the opponent is acting so badly. As a decent human being, I certainly don’t condone the cutting off of anyone’s head. However, I know anger and rage. I know I have done evil things in the grip of those emotions, so I can, to some extent, put myself in the shoes of someone angrier and more brutal than I am. I can imagine what I might be like if I had seen my wife and children blown to body parts by a drone attack. If I were surrounded by people who had experienced similar horrors, and if I had nowhere to live because my house and the houses of all my friends lay in ruins due to US or US-backed bombing, and if my reference community was fighting for liberation from Western imperialists who have long been robbing my country while keeping my people under the icy thumb of political and economic oppression, I can imagine myself forgetting all about being a decent human being. I can imagine wanting to slice the head off every American I could lay my hands on.

Again, I don’t condone this feeling or behavior. I understand it. Understanding an opponent’s feelings and motivations is crucial to resolving a conflict, but such understanding, even the desire to understand, lies beyond the emotional capacity of winners like Johnny Isakson. Winners make a point of refusing to understand or talk to anyone who is pure evil.

Winners are utterly blind to their own hypocrisy. To fight the recruitment of youth for al-Qaeda and ISIS, President Obama said local leaders "have to stop the twisted ideology used to incite others to violence." In the past seven years, no one in the world has incited more people to violence than President Obama, but US officials and apologists routinely and with a straight face criticize violence because they truly believe that violence by the US military is not evil. It’s not even violence. Violence by good people is law, order and stability. Violence by bad people is evil. All winners on all sides of all violence fail to see that good and evil are in the eyes of the beholders.

To actually resolve conflicts, we have to look through each other’s eyes. Winners prefer to kill “pure evil” opponents. But as long as we accept violence by good people as good, we will never put an end to violence. And until we realize that violence itself is the biggest obstacle to a decent world run by and for decent human beings, we will continue to walk meekly behind our elite winners down the road to self-extermination.