PEAC at the 61st session of the Commission on the Status of Women.

WOMEN AND GIRL'S ACCESS TO SUSTAINABLE INFRASTRUCTURES: EXPERIENCE OF SETTING UP MULTIFUNCTIONAL PLATFORMS IN NIGER 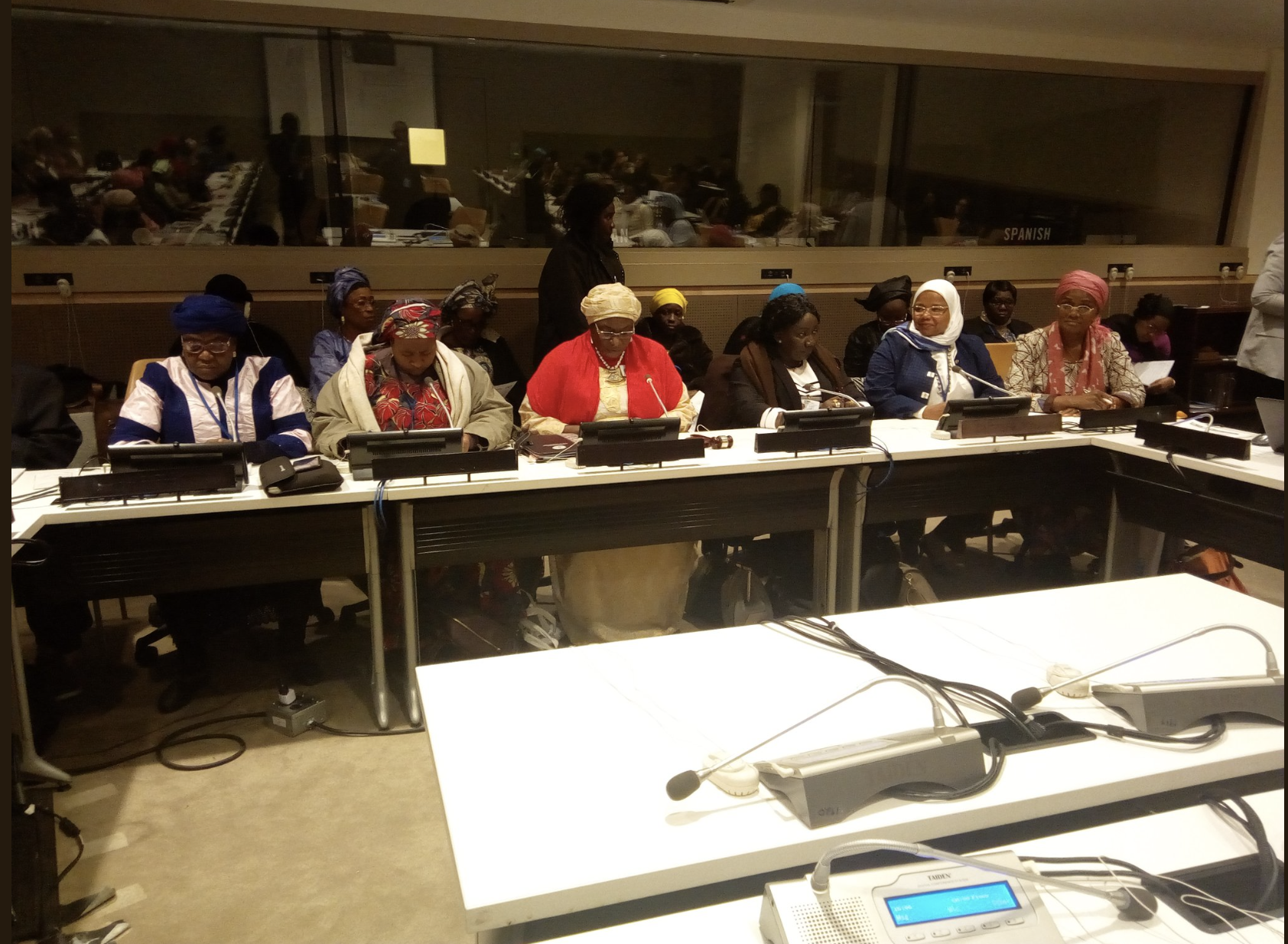 Empowering in Emergencies: A conversation with Frontline Responders to Gender Based Violence 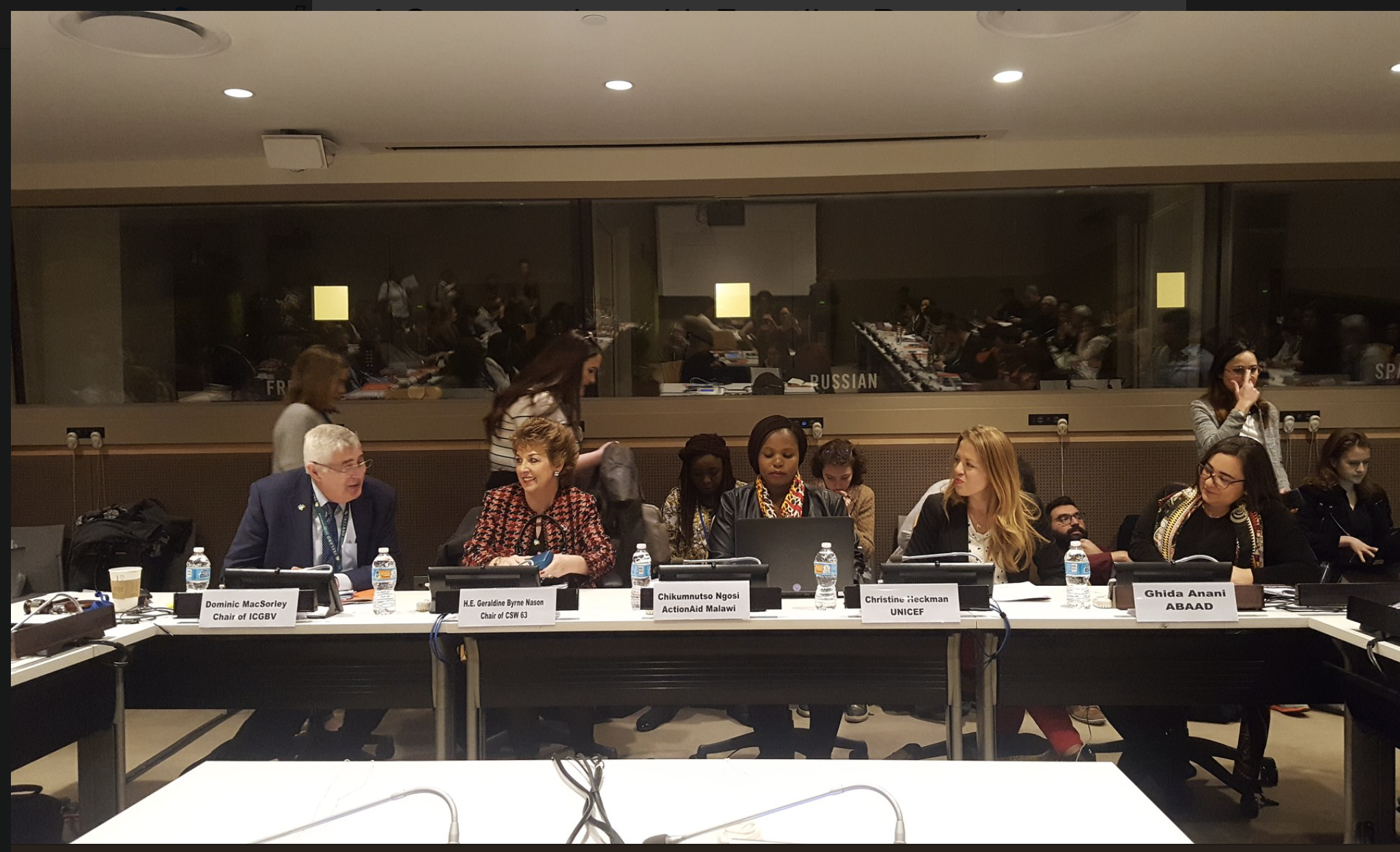 WOMEN AND GIRL'S ACCESS TO SUSTAINABLE INFRASTRUCTURES: EXPERIENCE OF SETTING UP MULTIFUNCTIONAL PLATFORMS IN NIGER

On March 19th, 2019, a CSW63 side event was held in the U.N. on the “WOMEN AND GIRL'S ACCESS TO SUSTAINABLE INFRASTRUCTURES: EXPERIENCE OF SETTING UP MULTIFUNCTIONAL PLATFORMS IN NIGER. The short event consisted of several statements by doctors, a powerpoint presentation, a short video and contributions from the audience.

One of the doctors introduced the concept of a multifunctional platform (PTFM) as a strategy to increase access to basic energy and social services for women and girls in agro-food processing and energy company communities. The purpose of this platform is to alleviate their hard work as part of an integrated social and economic approach. Examples include: the construction of a food mill and an integrated energy network in Niger.

The doctor further mentioned that the two major objectives of the PTFM are to reduce the burden of domestic tasks and increase access to opportunities such as the promotion of girls’ schooling and economic participation of women. After compiling results, the committee deemed this approach as a success while citing achievements such as the increased access to at least one modern energy service and 6,750 women have learned to read, write and calculate.

Comments from the audience were optimistic and some of them shared their experiences as well in other parts of the African region.

Empowering in Emergencies: A conversation with Frontline Responders to Gender Based Violence

On March 19th, the “Empowering in Emergencies: A conversation with Frontline Responders to Gender Based Violence” was held as one of the side events under CSW week. This event involved an interactive discussion on the links between gender-based violence in a humanitarian context, The mission of Ireland and the Irish Consortium on Gender Based Violence (ICGBV) co-convened the event. Ambassador Geraldine Byrne Nason, Chair of CSWS63 chaired the event.

The moderator addressed the current issues faced by Lebanon women and stressed the importance of collective responsibility and putting women in the center of decisions. As one of the panelist, an ambassador of Ireland to the U.N. addressed the vulnerability of women and stating that women rights’ are under attacked. She further urged the audience to look at a bigger picture. She further recommended that states must look through a humanitarian and gender equality perspective.

Christine Heckman, a representative of UNICEF, shared her experiences in solving gender based violence issues. She mentioned about the problem of humanitarian shelters focusing on too much quantitative data. In response, her team is working with several institutions to work on a new framework in methodologies while working with several key performance indicators. A

Chikumnutso Ngosi, a representative of ActionAid Malawi, proposed the following innovations: technology, placing women in the justice system and support from NGO bodies to address GBV.

After the formal session, the floor was opened to a riveting discussion from members of the audience. An activist from South Africa inquired asked whether the Chair of CSW are able to persuade the General Assembly to review issues related to GBV.

The ambassador responded by stating the importance of every individual to assume responsible and translate our discussion to law and policy.

An activist from New Zealand inquired about the success of using technology to report cases involving GBV. In response, Heckman mentioned believe the results are mixed and should include women as part of the design mechanisms.