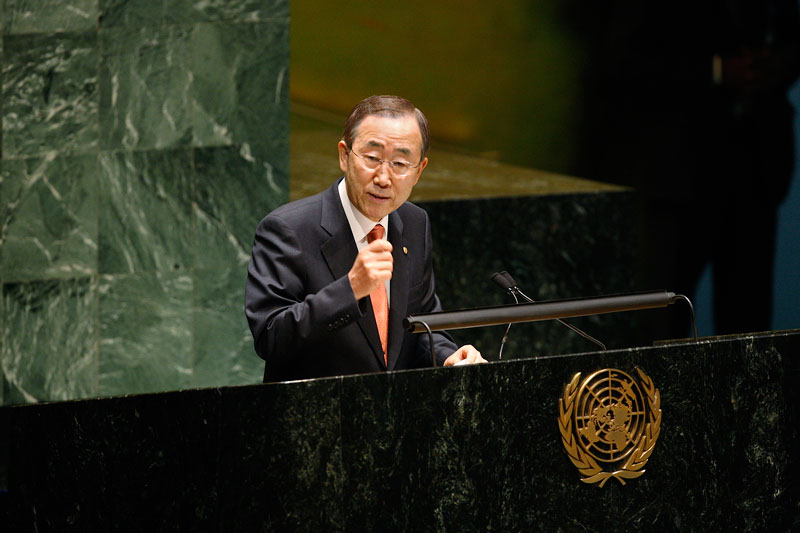 The NPT review is in trouble. The conflict between the nuclear-weapon states and the non-nuclear-weapon states has never been more obvious and intense. According to Susi Snyder of PAX, a group of 159 countries have made it clear they consider any use of nuclear weapons under any circumstances whatsoever to be unacceptable. Why? Because of the humanitarian consequences.

Meanwhile, France is insisting that the final document say nothing at all about the humanitarian consequences of nuclear weapons. In fact, they are objecting to any use of the word “humanitarian”. France is so 20th century, but for now, I hope they hold firmly to this insanity.

I’ve read two reports about the Middle East Nuclear-free Zone and still have no clear idea what Egypt is up to. However, they do seem to be pushing the States Parties very hard to push Israel to agree to abandon its nuclear weapons and join the NPT as a non-nuclear state. And the Non-Aligned Movement (NAM) is stating very clearly that they will accept no final document that does not mandate some sort of progress toward disarmament.

I love this! Go France! Go Egypt! Go NAM! I always knew there was a chance this review would end in failure, like the one in 2005, but I pessimistically assumed that everyone would bend over backwards to make sure it didn’t. Looks like I might should have been more optimistic. Too early to tell, of course. Maybe they’re all just putting on a show to convince onlookers that something is happening, but here I go getting my hopes up again.

By all rights, this 2015 review should fail. The nuclear-weapon states are saying, “We are not going to disarm or even talk about disarming any time in the near future, so stop whining about all that end-of-the-world bullshit.” The non-nuclear-weapon states are saying, “Come on, you assholes, throw us a bone here. After 44 years you’re still saying disarmament negotiations are ‘premature’? Since you’re still threatening to kill us all, let’s at least start talking about it.” This conflict should not lead to a 100% consensus document in the next week or so.

Still, I fear they will somehow snatch some sort of patched-over, meaningless victory out of the jaws of honorable defeat. So every night I pray, “Dear God, please fill the worst of them with passionate intensity. Don’t let the center hold. The NPT has been fun. Please, please, let it die with dignity.”

I pray this prayer because I am so interested to see what happens next. Might we see a real revolution? Might the nuclear have-nots finally stand up to the haves on behalf of collective human survival? Might we get a chance to campaign for a nuclear weapons ban treaty? Might we get some serious money and a chance to persuade the global public that nuclear weapons are public enemy number one? Hope springs eternal.

So what is Japan doing? The country of Hiroshima, Nagasaki, Bikini, and Fukushima, the country that should be leading the revolution against the nuclear haves, is arguing with China about something irrelevant, very busy selling nuclear power, and making sure we all talk about Fukushima in the past tense.