Global Youth Forum on the TPNW

In collaboration with the Ministry of Foreign Affairs and Trade of New Zealand, PEAC Institute convened the Global Youth Forum on the Treaty of the Prohibition of Nuclear Weapons from December 5, 2018 to December 7, 2018. An orientation was held on December 4, 2018.  The forum was held in conjunction to the high-level Pacific Conference.

We wish to acknowledge and thank our pacific partner, Youngsolwara Pacific, for sending its youth to the forum.

We are also proud that the International Campaign to Abolish Nuclear Weapons, Samuel Rubin Foundation, and Ploughshares Foundation and the aforementioned universities financially sponsored the youth participants. 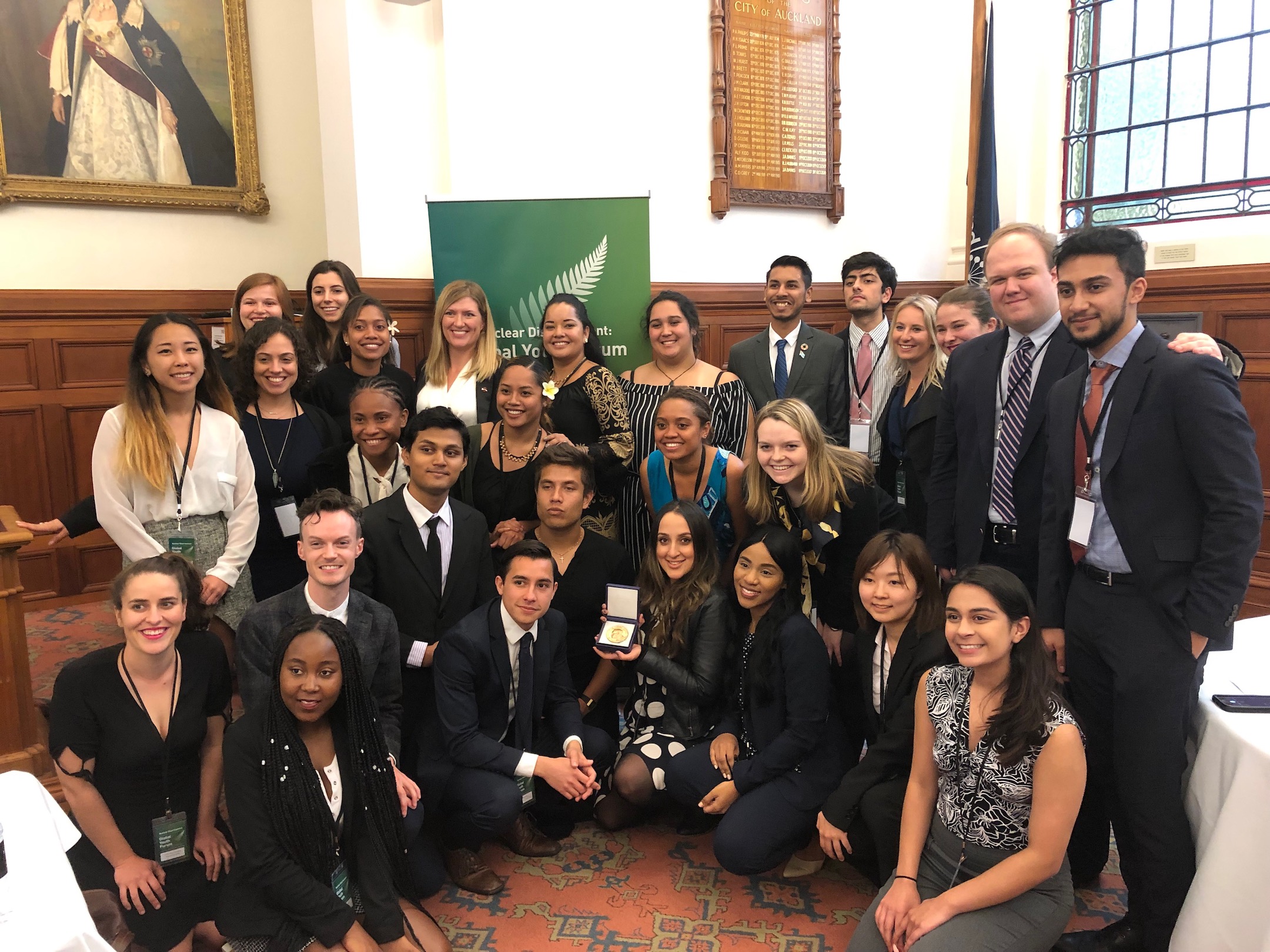 At the opening of the forum, both the Honorable Phil Goff, the Mayor of Auckland; and H.E. Ms. Jacinda Ardern, the Prime Minister of New Zealand welcomed the participants to the youth forum.

Following their opening remarks, leading experts from Princeton University and the University of Auckland, as well as representatives from the core states, and ICAN shared their views on a variety of issues related to the TPNW. For instance, they discussed the origins of the treaty, and the prohibitions set forth in Article 1 of the Treaty. They further touched upon the positive obligations of the TPNW, including victim assistance and environmental remediation, and international assistance as outlined in Articles 6 and 7 of the Treaty.

Experts also touched upon the legacy of nuclear testing in the Pacific region. They further explained the role of the International Committee of the Red Cross and Red Cross Movement in international nuclear disarmament efforts and the Treaty’s contribution to international humanitarian law.

At the forum, young Pacific Islanders, passionately expressed their views about the legacy of nuclear testing and the necessity for states to support the positive obligations of the TPNW. Several of them shared their concerns about Runit Dome, an aging storage container of radioactive materials from US nuclear tests. They also presented their paintings and a moving dance on the effects of nuclear testing in the Pacific region.  Their art profoundly impacted the diplomats, who attended the closing session, by causing them to think about the importance of youth involvement in high-level discussions on nuclear disarmament.

At the conclusion of the youth forum, New Zealand’s Ministry of Foreign Affairs and Trade presented the Auckland Statement to the youth.

Moving forward, the youth participants will conduct research papers on the Treaty and activities in their respective states related to raising awareness about the TPNW and changing the narrative on the discourse about nuclear weapons.