By Alei Rizvi and Andrew Sokulski

Per the standard flow of history, he explained the origins of the Nobel Prize. Upheld as a prize for the elite, intellectual, and difficult to enter circles of societies in the popular conscious, the speaker explained how Alfred Nobel was not part of the richest percent of his society. As he explained, Alfred Nobel was born into the lower echelons of the Swedish aristocracy. He had always been an inventor and dreamer. In contrast to the belief that Alfred Nobel ought to have been a pacifist, he was actually not one at all. Nobel was involved in the oil and armament trade and moved from Stockholm to St. Petersburg to pursue it. Nobel is believed to have said that “Where I work is my home, and my home is anywhere.” Such is evident within his life as he had also moved to Italy as well.

Progressing to explaining the present moment, Toje mentioned how the nobel prize seeks to build fraternity amongst nations and give recognition to those who create the preconditions for such harmony to exist. In this sense, the award positively exemplifies Emmual Kant’s political philosophy on how states should behave with one another.

After concluding his presentation on the Nobel Peace Prize’s history, significance and implications, Toje engaged in a enlightening question and answer session with the audience members. The session opened with an intriguing question from the moderator, Terje Rod-Larsen asked Mr. Toje to provide insights on the gender imbalance and overrepresentation of the Northern Hemisphere in the history of the award. Mr. Toje explained that the award was primarily considered for individuals in the fields of arbitration and diplomacy, specifically for international organizations like the League of Nations or the UN, fields that have historically been dominated by men. Mr. Toje asserted that this is an unfortunate truth but must be acknowledged in order to allow more opportunity for underrepresented groups in the future.

Additionally, many attendees asked if the committee considers the implications of awarding prizes to specific individuals, specifically if they considered the effects the prize would have on constituents of world leaders rather than on the leaders themselves. Mr. Toje assured the audience that the prize could not guarantee peace, but often encourages leaders to move towards a peace that would benefit everyone. He used the example of former Colombian President Juan Manuel Santos, claiming that awarding him the Nobel Peace Prize in 2016 encouraged him to resolve the conflict between the government of Colombia and the Revolutionary Armed Forces of Colombia (FARC) with a renewed spirit.

Mr. Toje was often confronted with the controversial subject of potentially revoking an awarded prize in response to actions that threaten peace, particularly in regards to the unpopular award to Aung San Suu Kyi, State Counsellor of Myanmar. Toje implied that the Committee was very unlikely to revoke an award, due to the dangerous precedent it would set, as there are many unpopular recipients of the award. He further claimed that the awards are given for actions that recipients have done in the past to promote peace and to encourage them to continue promoting peace in the future, but cannot hold them accountable or ensure that they will continue.

Although confronted with many challenging and contentious questions, Mr. Toje often chose to respond vaguely or not at all, as he was obligated not to discuss certain subjects, as there is a confidentiality agreement on discussions of the past fifty years. Thus, his discussion was limited to only publicly disclosed information.

Despite this restriction, the presentation and engagement with the audience were undoubtedly very illuminating and offered immense insight into the significance of the Nobel Peace Prize.

Int'l Day for the Total Elimination of Nuclear Weapons

PEAC Visits the UN in NYC for the International Day for the Total Elimination of Nuclear Weapons.

The Culture of Sustaining Peace

On September 5th, I attended the annual International Peace Institute’s (IPI) Policy Forum. This year, it co-hosted the forum with the Al-Babtain Foundation in order to discuss “The Culture of Sustaining Peace”. The culture of sustaining peace is especially important with today’s aggressive political rhetoric.

With the convening of the seventy-third session of the General Assembly on September 18th, the idea of political weaponry and the question of how to move forward in the world has come to the forefront of our minds.

The International Day for the Total Elimination of Nuclear Weapons is steadily approaching and leads us to answer the question of how to analyze peace culture today. It is difficult to imagine a world that can live without the weaponry that is used as a secure threat. However, the panelists mentioned methods they believe to be useful in developing a world that solves conflicts rather than instigating them.

The forum began with Abdul Aziz Saud Al-Babtain, the founder of the Al-Babtain Foundation. Mr. Al-Babtain discussed war and the principle of how to avoid it. He explained that he wishes to propose the Culture of Sustainable Peace Plan in order to cooperate with actors and to define the concept of the culture of peace. He encouraged the participants to ponder about the concept of peace as linked to necessary actions, resources, and ourselves as well.

After his closing remarks, Al-Babtain pointed out that he had brought his entire family and explained how we should all bring something to the table when it comes to finding mutuality in a world of conflict. Mr. Al-Babtain left the podium and opened the floor to Mr. Kevin Rudd.

Kevin Rudd opened the panel, discussing the psychology of politics. He began the discussion by opening with a question: is there anyway that, as humans, we could live in a purely peaceful society. He essentially asked the question that brought us all to the International Peace Institute: “What is peace culture and how can we achieve it?”

Following Mr. Rudd’s discussions, Mr. Islam explained that there is a traditional approach to peace, by meaningful engagement of peace building from national ownership. He left his speech open to action and called for the return of displaced peoples to their homes and families.

After Mr. Ariful Islam, H.E. Ambassador Pierce explained, “We live in an environment, where peace is fundamental and we forget cultures that do not have the same experience.” Her perspective focused on three elements. The first was inclusivity and strategizing to be more inclusive to minorities and adversaries. The second was calling for accountable institutions to create equal access in order to ease political tension. The last point emphasized human, economic and social rights. H.E. Ambassador further Pierce noted that this was especially important on the 70th anniversary of the Universal Declaration of Human Rights.

Once Ms. Pierce finished, Mr. Fabrizio Hochschild delivered the last speech in which he underscored that “peace is a collective state of mind.” He clarified his point by stating that in order to achieve real peace, we must humanize the enemy.

Mr. Hochschild reflected on an event where sixty victims of conflict from all sides in Havana were brought together to negotiate peace and share their experiences. These victims did not see each other as family members, sisters, brothers, mothers, and fathers. They saw one another as symbols of oppressive states and therefore dehumanized the other side. This event looked beyond the simplifications and dehumanization that characterizes the propaganda that comes with warfare, and in many cases, too often succeeds it.

Each speaker brought a fantastic perspective to the theory of peace. We are allowed to question methods and ideas that bring peace to the forefront of our minds. There are ways to implement peace in our day-to-day lives. By living kindly and understanding, we are able to address peace daily. In Mr. Hochschild’s words, this humanization of peace allows us to bring peace into our own hands. Too often we have to make the decision of basic human instinct: the fight or flight mentality. When it comes to interstate relations, no longer should states see one another as adversaries. By surrounding new generations in a world of peace, we can normalize peace into our culture.

The United States recognized the effectiveness of mediation, but noted that even the most skilled mediators cannot compel actors to reach peaceful solutions. The United States called on Member States to be willing to use strong tools to push warring parties to the negotiating table.

The United Kingdom noted the progress the United Nations has made in professionalizing mediation. More broadly, the United Kingdom stated that mediation must be properly resourced, and that women should and must have an equal role as local and national leaders and decision-makers.

France emphasized mediation as an essential tool of conflict resolution as provided by Chapter 6 of the UN Charter. France noted the recent success of mediation in states like Gambia, implying this success can be reproduced in other conflict-ridden states.

China cites the UN Charter as a framework to engage in peaceful dispute settlement through political and diplomatic means.

Poland called for enhanced mediation capacity of the UN, and noted the crucial involvement of civil society to design, implement, and monitor peace solutions.

The Netherlands described prevention as the core of United Nations work. Because of complex conflicts facing the international community, the Netherlands stated the UN is uniquely placed to provide coordination among multiple peace actors to reach peaceful settlements.

Sweden cited women’s participation in mediation as not a women’s issue, but an issue of peace and security. Sweden urged the Council to stand united in support UN mediation efforts and to involve women, religious, and youth groups in these processes.

Bolivia has always and will continue to support the use of peaceful dispute settlement. Bolivia praised the work of the High Level Advisory Board on Mediation organized by Secretary-General Antonio Guterres.

Peru welcomed the creation of the High Level Advisory Board, but stressed that the international community must actively support the development and strengthening of mediation capacities.

Recalling ts inclusion of women, religious, and youth groups in brokering Syria peace talks and the Iran nuclear, Kazakhstan called for an inclusion approach to mediation from all UNSC Member States.

Kuwait expressed dissatisfaction with high UNSC spending on peacekeeping operations, arguing that those resources should be redirected to mediation efforts instead.

Equatorial Guinea spoke on behalf of itself, Cote d’Ivoire, and Ethiopia, and called for UNSC member-states to act more proactively to fund mediation appropriately. Citing complex challenges to international security, Equatorial Guinea noted the scope of mediation is too large for the UN to tackle on its own. Equatorial Guinea called for additional support to local mediation partners to assure successful, long-term peaceful solutions.

Remembering the Hibakusha and Their Impact on Nuclear Disarmament 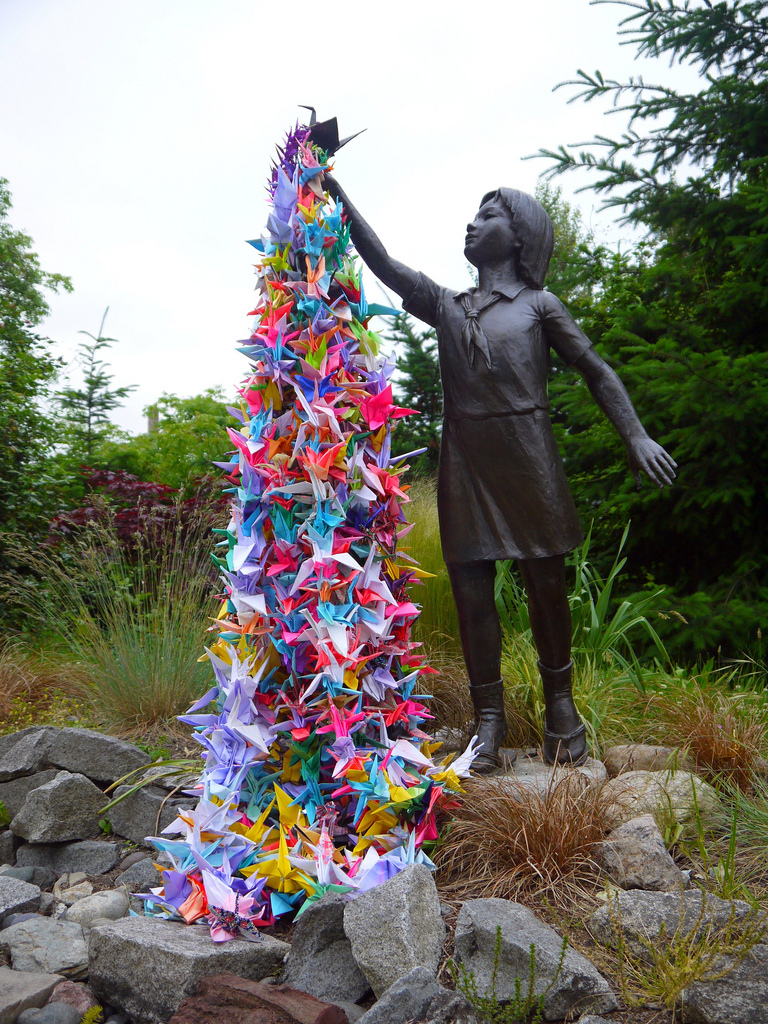 What's happening at the US border?!? 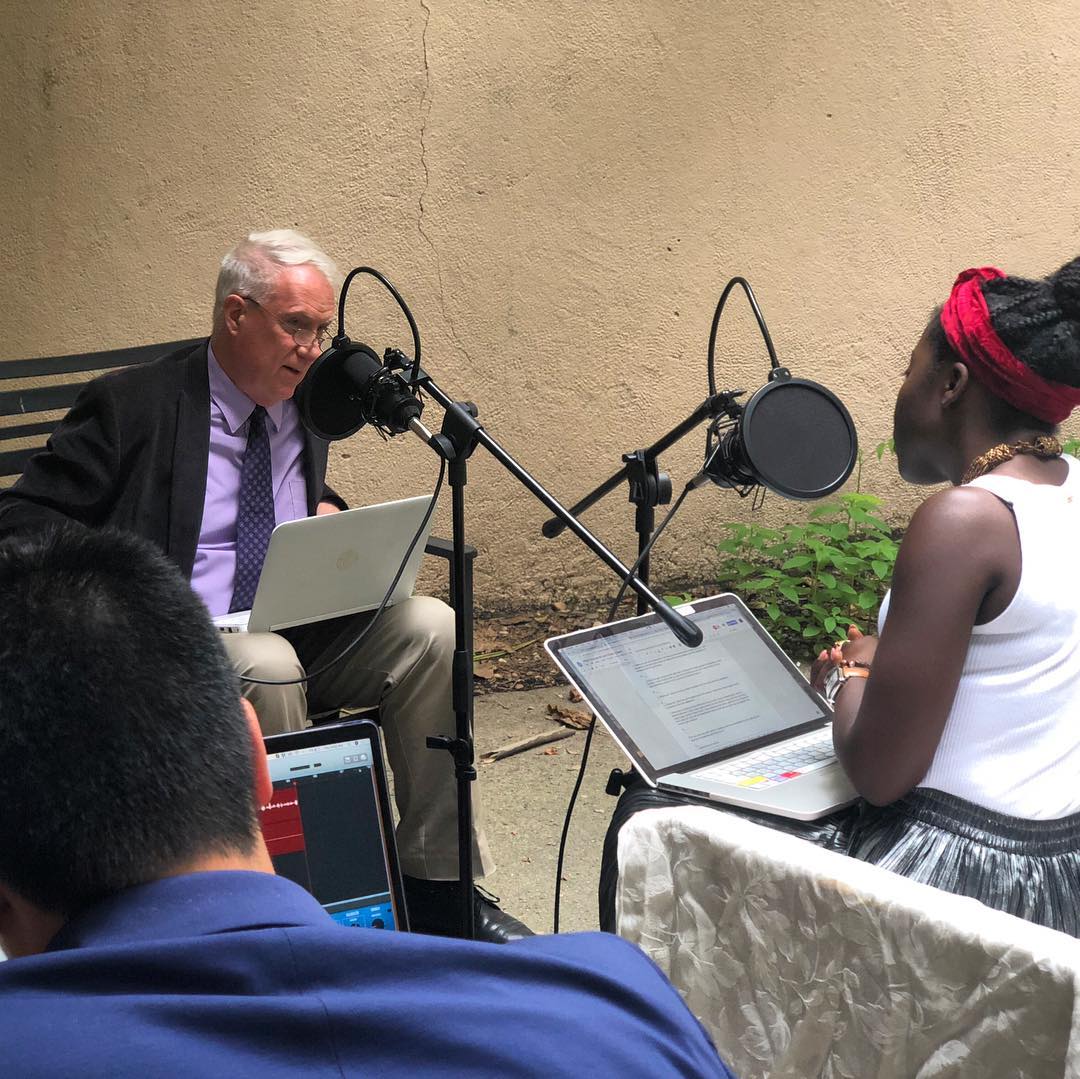 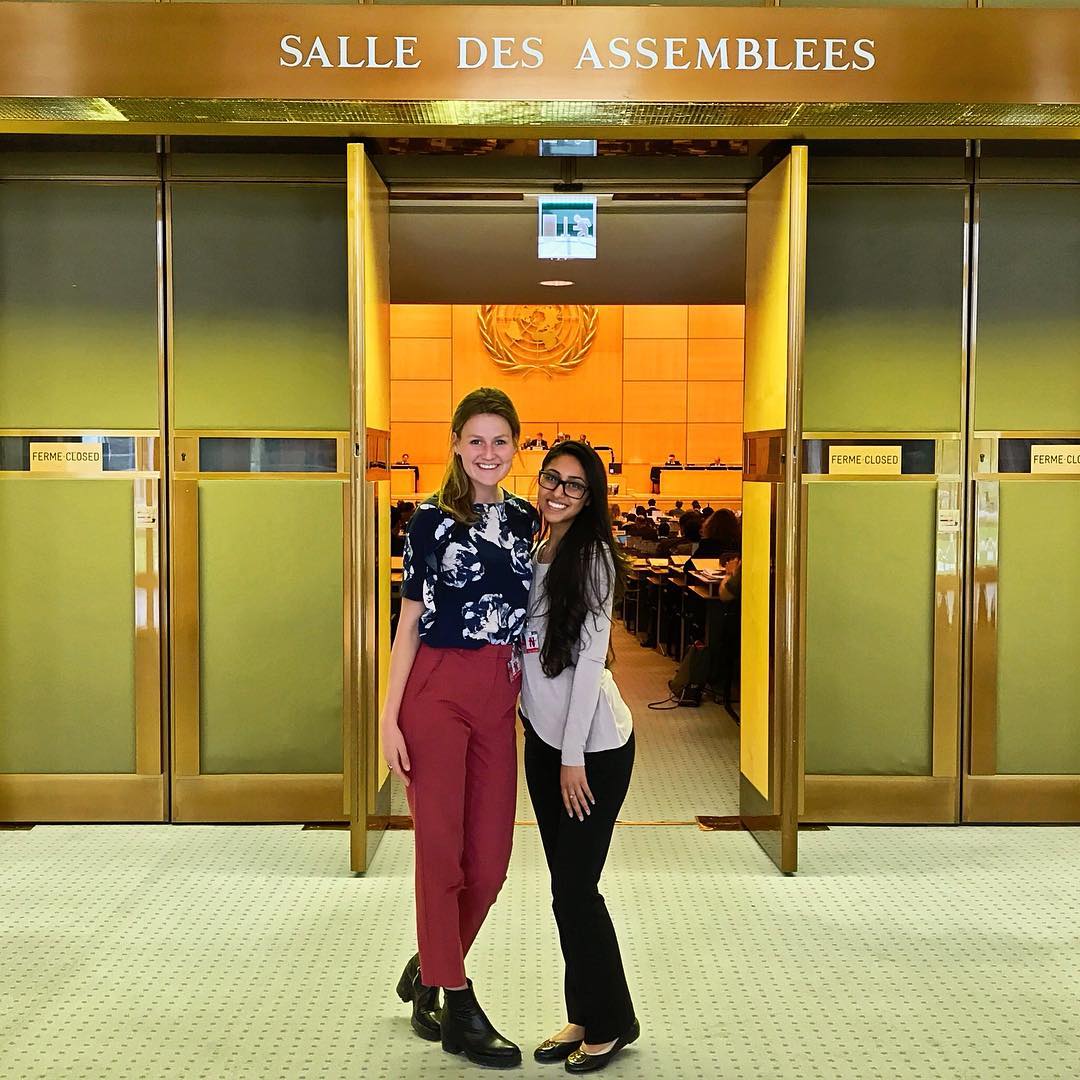 UN Security Council Meeting on the Situation in the Middle East

UN Security Council Meeting on the Situation in the Middle East

The Situation in the Middle East

On July 27th, the UNSC gathered receiving briefings from Mr. Mark Lowock, Under-Secretary-General for Humanitarian Affairs and Emergency Relief Coordinator, and Ms. Virginia Gamba, Special Representative for Children and Armed Conflict. After receiving these briefings on the ongoing conflicts in Syria, member-states discussed the situation in Syria.

UNSC Meeting on Palestine and Israel

UNSC: Meeting on the Situation in Palestine

Nickolay E. Mladenov, UN Special Coordinator for the Middle East process, regretted that the security dynamics in Israel and Syria have continued to deteriorate. To make matters worse, the tensions in the Gaza strip have reached a boiling point.  The demolition of Palestinian holy sites and structures have increased tensions because Israel has used it as a way to work around the temporary halt of establishing illegal Jewish settlements.

The Situation in Cyprus